SIPEF believes in being a responsible employer, developer and a “good neighbour” and is dedicated to having a positive social impact through these roles.

SIPEF respects and is committed to upholding the rights of the communities neighbouring SIPEF’s and its suppliers’ operations. This includes indigenous and local communities' legal and customary land tenure rights, as well as their rights to resources, territories, livelihoods and food security.

A thorough Free, Prior and Informed Consent (FPIC) process is critical to the long-term success of any new operation. All SIPEF plantations and those of its suppliers must adhere to FPIC principles as defined by the RSPO and Rainforest Alliance. This includes, for example, the communities’ right to say no, right to legal representation of choice, and right to compensation where existing operations have had a proven impact.

The concept of FPIC does not end with the transfer of land rights. All social aspects and impacts are identified and addressed at all stages of plantation development through an ongoing stakeholder engagement process in line with the SA8000 social accountability methodology. These engagements are audited annually for representativeness, transparency and other criteria as per sustainability standards.

Where land conflict exists, conflict resolution processes agreed to be appropriate by all of the parties involved are implemented. SIPEF’s conflict resolution mechanism includes the right to legal representation of choice. Any negotiations concerning compensation for loss of legal, customary or user rights are dealt with through a documented system that enables indigenous peoples, local communities and other stakeholders to express their views through their own representative institutions. Where there are or have been disputes, proof of legal acquisition of title, and evidence that mutually agreed compensation has been made to all people who held legal, customary, or user rights at the time of acquisition, is provided to all parties of the dispute. Evidence that any compensation was accepted following a documented process of FPIC is also available.

SIPEF’s conflict resolution mechanism is embedded in its Grievance Procedures, and any land conflicts that arise are addressed through this process. Details of land conflicts are available on the SIPEF Grievance Dashboard. 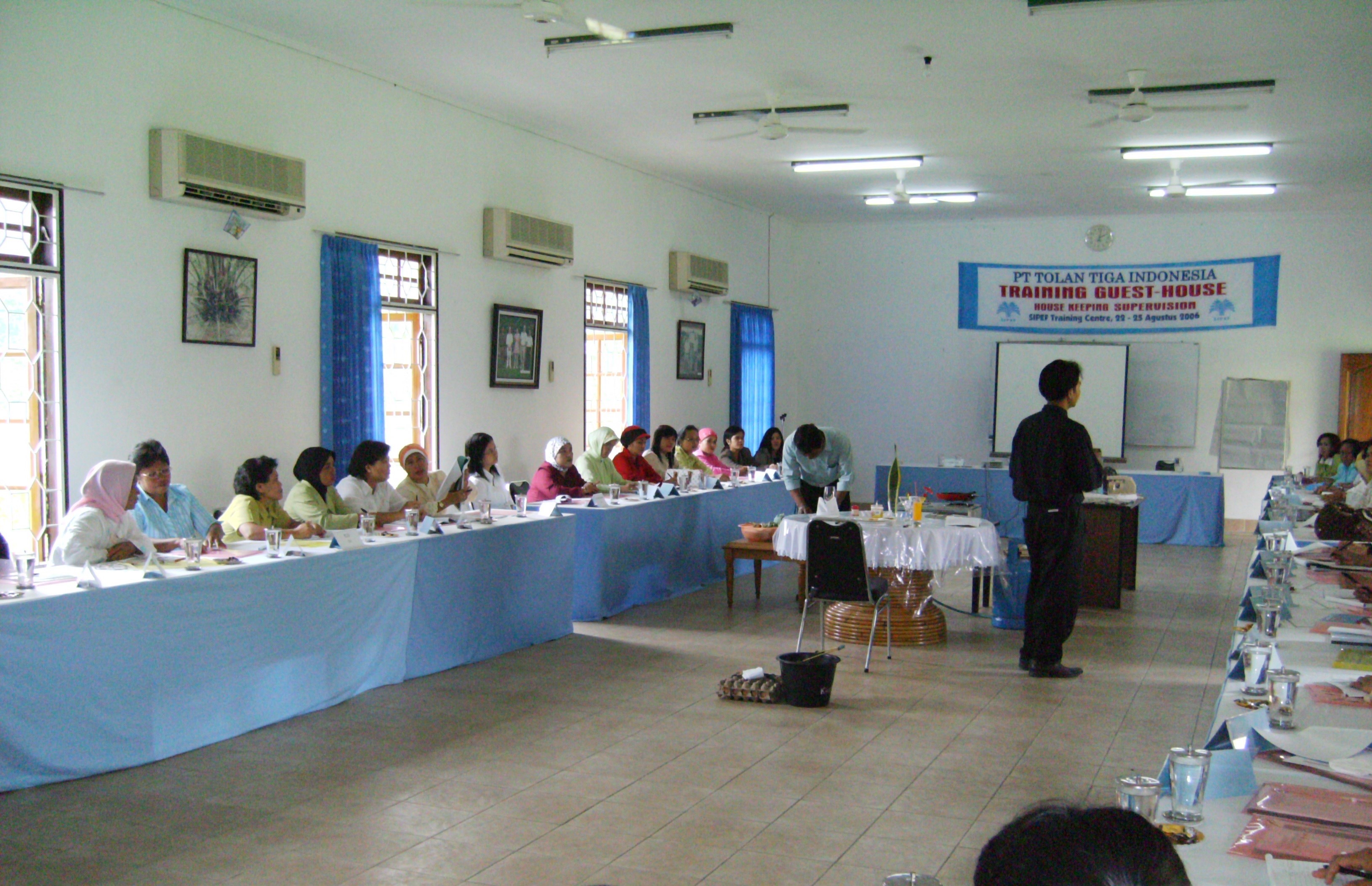 Fair labour practices are the norm in all of SIPEF’s operations. There is no tolerance for trafficked or forced labour; for the presence of under-age workers; or for any form of discrimination.

Permanent and casual workers alike are employed according to labour regulations, and receive a decent living wage, including those on piece rate/quotas, for which the calculation is based on achievable quotas during regular working hours. SIPEF is committed to providing a fair and decent living wage as required by the RSPO. The RSPO Labour Task Force is in the process of preparing specific guidance for countries where no relevant Global Living Wage Coalition benchmark exists.

Safety at work is ensured through continuous training, by the provision of appropriate protective equipment, and by internal supervision and control systems. Every working day starts with a safety briefing.

Most of SIPEF’s employees and their families live within its operations. The Company provides them with housing, clean water, medical services, and ensures access to education for all their children. 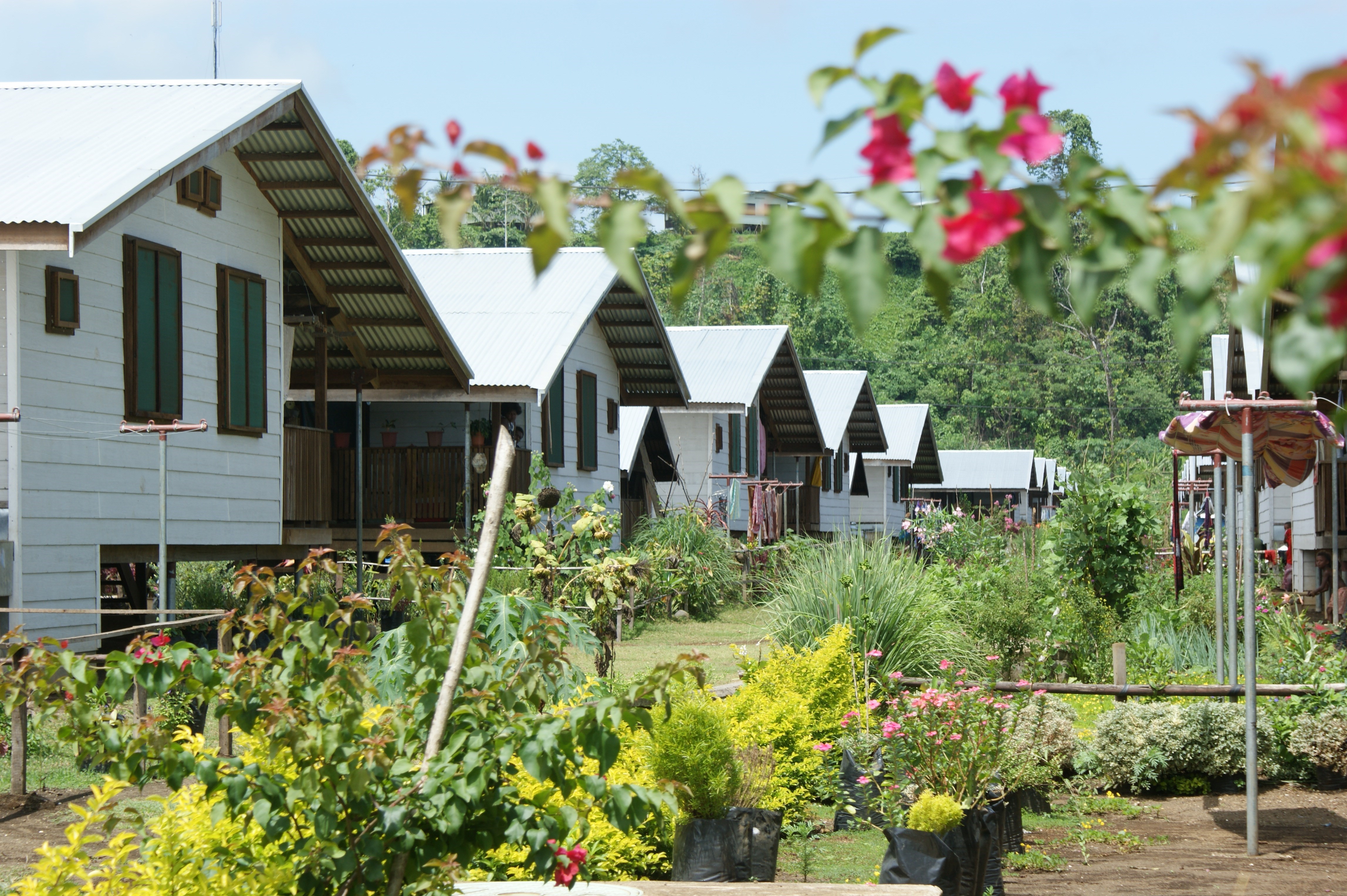 Recent housing compound for the workers

SIPEF’s operations form part of larger landscapes, natural and social. Long-term relationships are formed between them and the local communities.

SIPEF’s teams engage regularly with local communities and other key stakeholders, including through surveys and participatory meetings administered on an annual basis or as required. The surveys record the perceptions of the communities and stakeholders regarding the activities of the company, including positive and negative impacts. Perceived impacts are utilised within a risk management matrix for which mitigation actions are implemented, monitored and reviewed in a continuous improvement cycle.

Wherever possible, the Company provides community members with opportunities to benefit from its activities. SIPEF provides employment, builds and maintains schools, roads, health centers, bridges and places of worship.

SIPEF is also committed to support food security for local communities and for the employees. For example, in Indonesia, the Company supplies the majority of its workers and their families an average of 28-32 kilograms of rice per household every month.

Communities in the area are mostly engaged in farming, including oil palm. SIPEF supports their activities when they express their interest. In Indonesia for example, SIPEF supplies planting material and land management services to families through the villages planting programs (Kebun Masyarakat Desa), and guarantees access to the market at favorable terms.

In Papua New Guinea, nearly 3 646 smallholders supply fruit to the SIPEF palm oil mills. They contribute half of the volume produced by Hargy Oil Palms. Hargy always gives priority to the smallholder crop.

Both in Indonesia and Papua New Guinea, SIPEF is more than a buyer, it is a partner, for the long term. 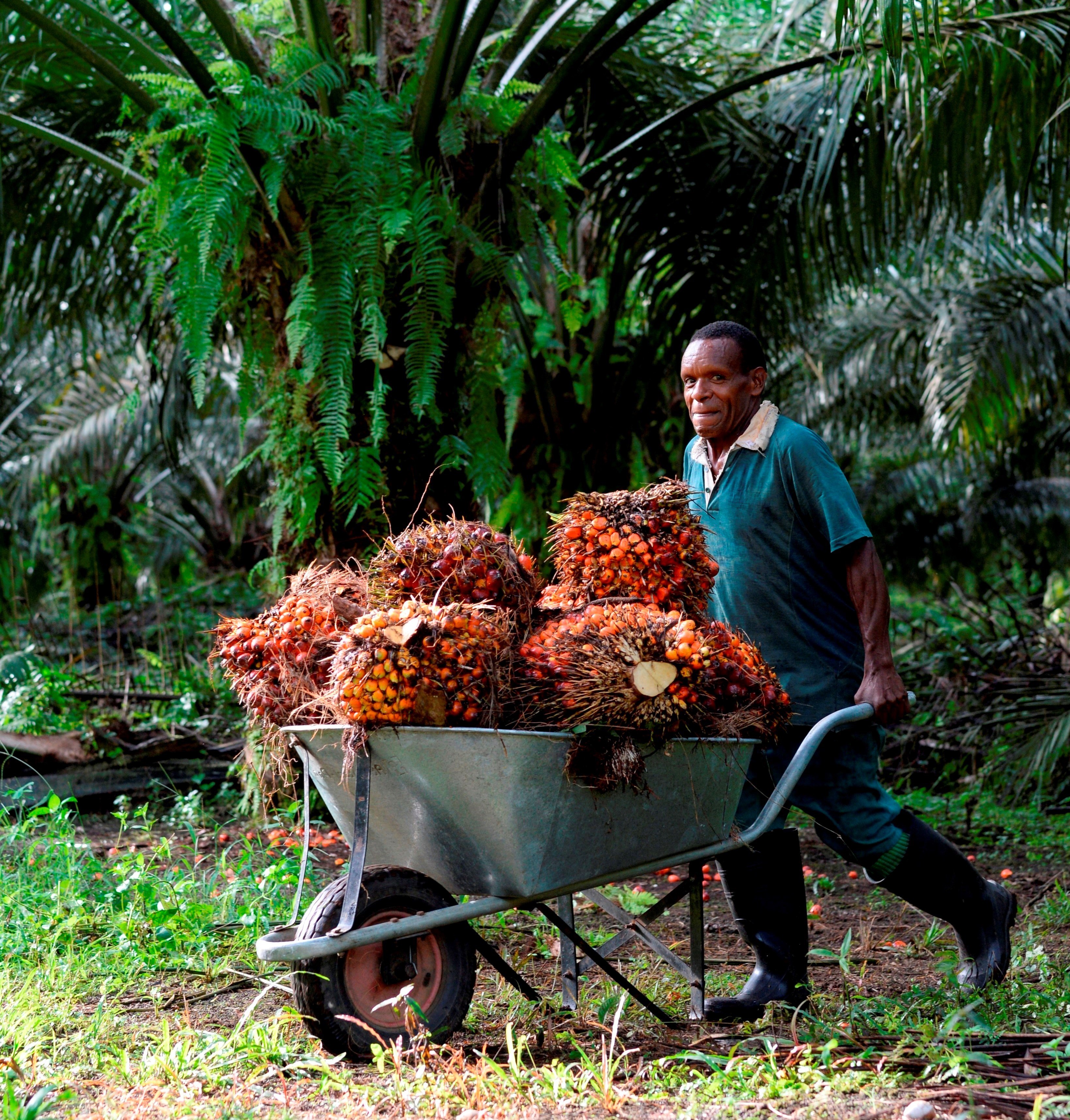